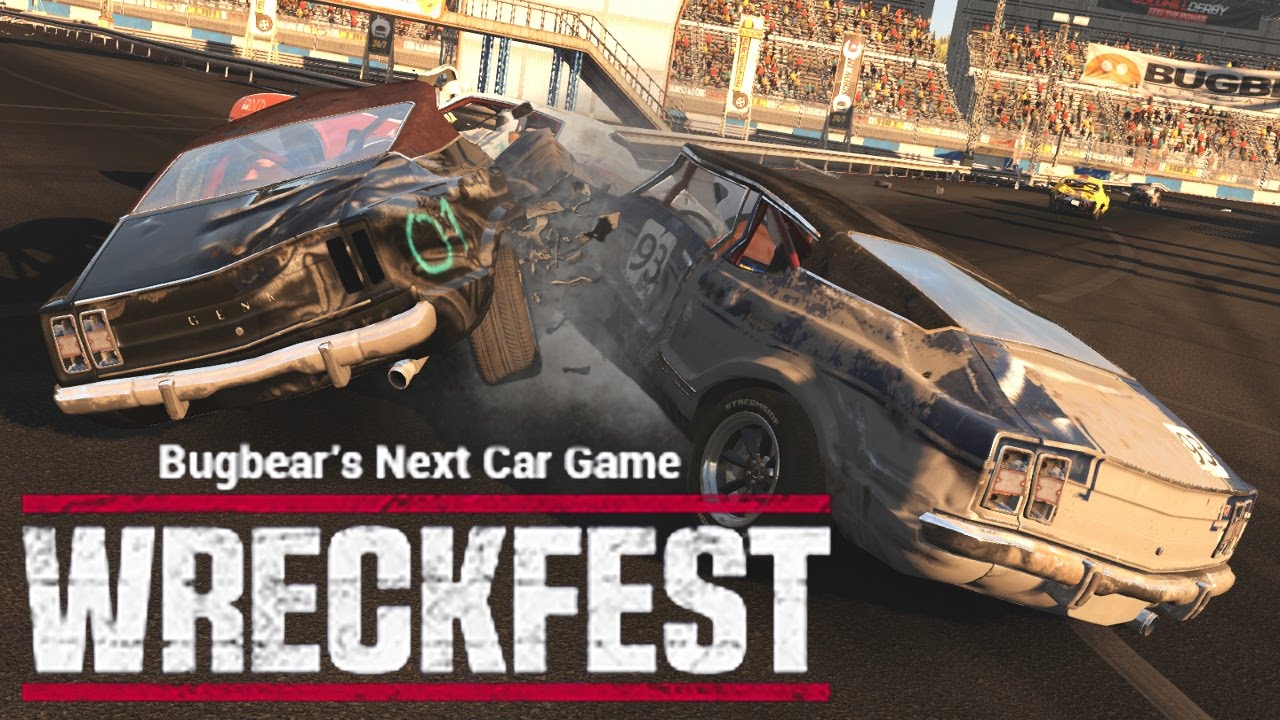 We’re pleased to announce that the next update of Wreckfest is scheduled for this month, and it will mark an important milestone for our game. In the update we will be introducing our completely new tire and suspension simulation model that will provide for a much more immersive driving experience on both tarmac and sand. The update will also feature our next-generation DirectX 11 rendering engine that will make it possible to faithfully recreate realistic environments with advanced physically based materials and lighting (PBR).
Since we’ve been working hard with the physics and rendering features of the game this update will not contain much new content, but as a teaser of the great things to come the update will ship with the first iteration of the reworked Sandpit track to give you a glimpse of the level of quality and realism we’re striving for with our next-generation environments. Not only that, but you will also get a chance to experience an early version of a new oval track that we have in production. Since the new tracks would be nothing without new toys to race around with, we’ll be including two new cars as well. Both of them are still heavily in progress, mind you, but nonetheless you will get to take them for an early test drive. Needless to say, the update will also contain a huge number of other added features and improvements, many of which have been requested by you, our dear players and supporters.
As it is so often, when one journey ends another begins. The next update is a first, important step in realizing our dream for Wreckfest. Now with most of the heavy lifting done on the physics and rendering department of the game our development team will be working full-steam on new good stuff to come in the next months: a whole lot of new cars, new tracks, car customization, modding support as well as other features and content that in end will make Wreckfest THE definite game for anyone looking for rough, no-holds-barred racing experience.
A full changelist will be available with the update, but here are the most important changes:

As always, thank you for your enthusiasm, dedication and support. See you on the track!
Zum Vergrößern anklicken....